The company employs more than 1000 persons including 140 direct employees.

There are own 40,000 sq m storage units in 17 regions of the Russian Federation that have “cold chain” validated structure logistics. There are refrigerating units with a volume of more than 1000 cubic meters.

Pharmimex JSC ranks the top three list of pharma distributors that operate in the public procurement market having the share of 6.39% and annual turnover of 30 billion rubles (Remedium, “Total balance in 2015”).

Subject to the drug coverage program, persons entitled to benefits receive some support in 17 constituent entities of the Russian Federation. Our Company take its active part in the government program according to which persons entitled to benefits shall receive pharmaceutical products free of charge. Shares in the Program-scheduled supply market are rated about 10%.

Pharmimex is one of the leading suppliers of substances and medical mixtures intended for therapy of such severe diseases, as hemophilia, mucoviscidosis, pituitary dwarfism, Gaucher’s disease, cancer, and HIV (in 2014, the company could enter into public contracts rated 11% of the total HIV drug market to the amount of more than 20 billion rubles). The Company is engaged in procurement of medical items and cosmetics and, in addition to, it is authorized to control the circulation of category II and III narcotic and psychotropic substances (as regulated by the Law of the Russian Federation and by international treaties to be followed by the Russian Federation). Pharmimex supplies pharmaceutical products to be administered by those persons who suffer from severe diseases and who have to follow the recommended uninterrupted course of treatment.

In 2014, Pharmimex ranks the top 3 list of the largest pharma companies that have entered in public contracts (total 33.8 billion rubles).

Pharmimex has joint business with more than 230 manufacturers and suppliers operating in the Russian and in the world market; Pharmimex initiated establishing the Russian Pharmaceutical Association that incorporates members from more than 55 Russian regions.

Approximately, a sum of 300 million rubles was invested to purchase the Skopinpharm factory in 2014 for creating “new molecules”. Pharmimex ranked the top three the most successful companies operating in the drug public procurement market within the period of 2015 to 2016. 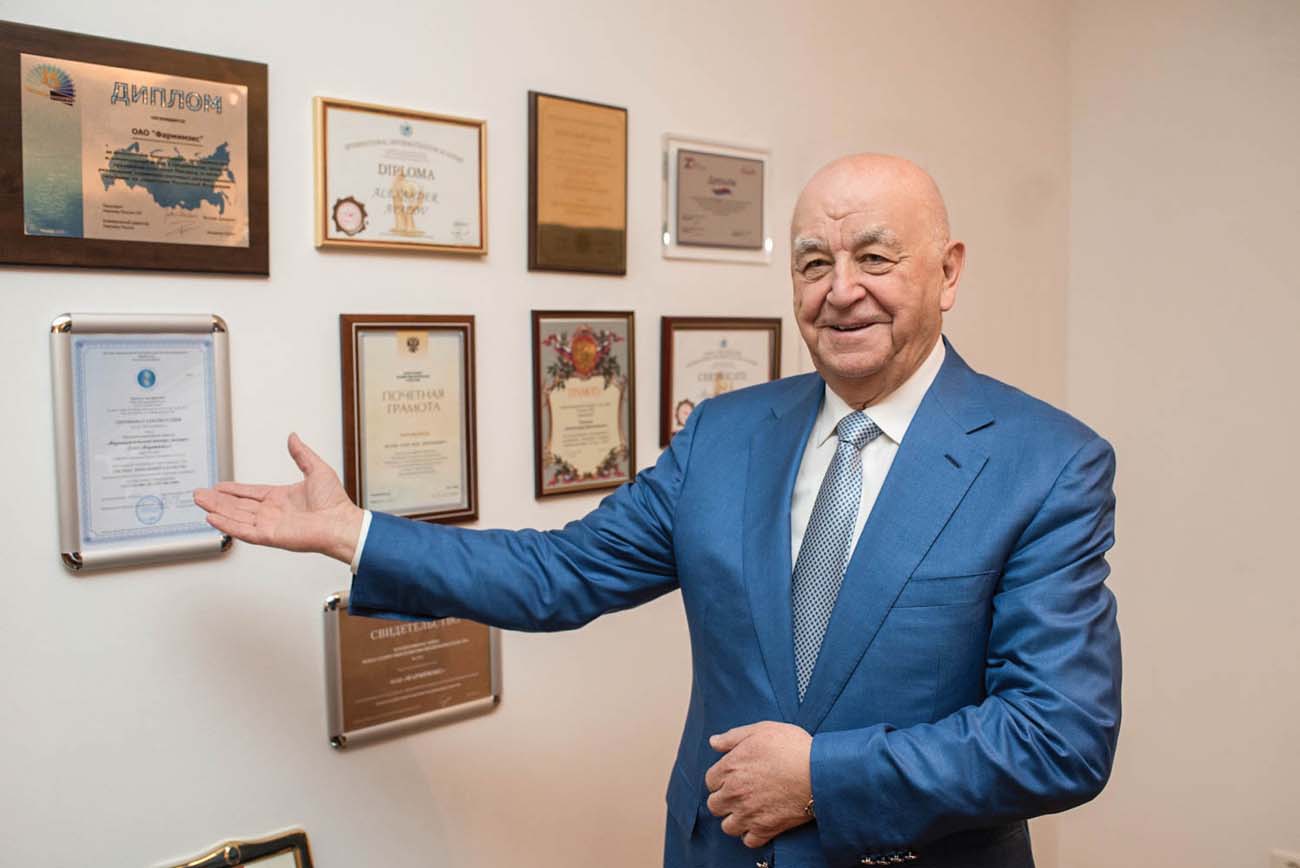